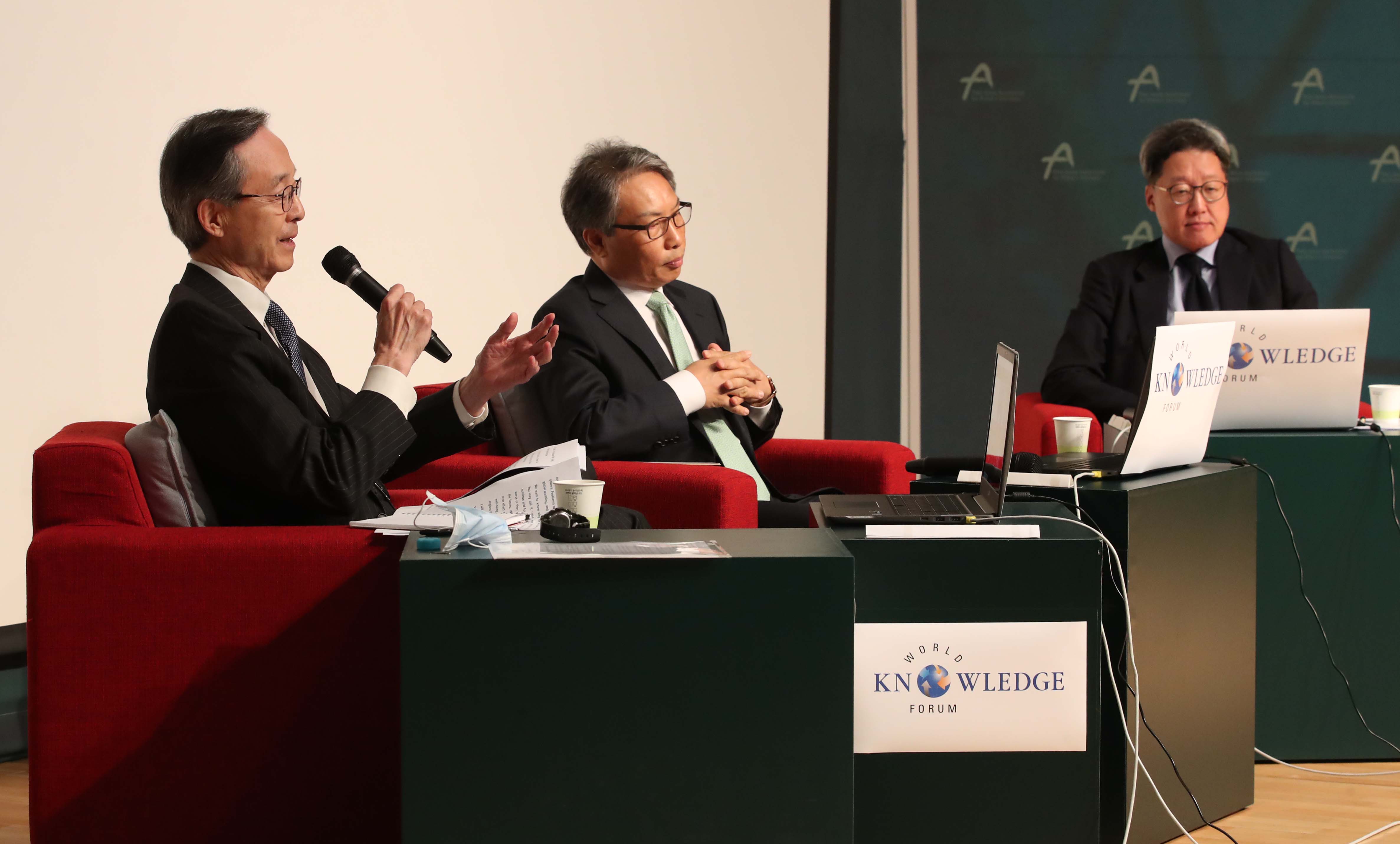 Asian countries under growing pressure to take a decisive side in the escalating hegemony conflict between the United States and China must join forces to restore multilateral framework for global order and seek careful balance in national and common interests, regional experts agreed.

Although the chance of the U.S. and China entering war is “near zero”, proxy war on behalf of the two superpowers will intensify, aggravating dilemmas for third countries, observed Chung Jae-ho, professor at Seoul National University at the 21st World Knowledge Forum pre-event held on Tuesday under the theme of ‘Impact of G2 Cold War & Measures to Respond’. Ong Keng Yong, Executive Deputy Chairman of The S. Rajaratnam School of International Studies (RSIS), said that many ASEAN nations are caught in an awkward position where they have to choose between long-time ally - the U.S. - and major trading partner – China. He added a prudent leadership is needed now more than ever because many Asian countries rely heavier on China to drive growth in their economies. He advised that the nations should take different strategies for different issues. The U.S. places security and democracy as its national interest and China sovereignty and economic development. It is hard to define where South Korea’s priority lies, said Chung, demanding leadership to draw a consensus on highest priority in national interests to direct foreign strategy.

The experts agreed that restoration of multilateralism is the key to normalize global order by ending conflicts of Washington and Beijing.

The countries more than ever need to find order within multilateral context, Ong said. ASEAN member nations hope to keep cooperating with both of the countries, and other neighboring nations including Korea and Japan should also enhance cooperation through multiple diplomatic policies, he added. Choi Byung-il, a professor at Ewha Womans University, pointed out that the U.S. who is directly confronting China without help from the World Trade Organization (WTO) is undermining global trade system. Ichiro Fujisaki, President of Nakasone Peace Institute, advised that the U.S. and China could mend their relations if Joe Biden wins the presidential elections this November, so countries also consider that scenario. But Edwin Feulner, President of Heritage Foundation, was doubtful, citing a poll showing 80 percent of Americans responding negative sentiment towards China. Since the Congress also bears bipartisan hostility towards China, the policy line would be maintained regardless of the election outcome. Han Sung-joo, Chairman of Asan Institute for Policy Studies, pointed out that both of the U.S. and China are mounting nationalism to prove their governments’ power and legitimacy. He added the weak leadership in the superpowers bode badly for their countries and international relationship. Speaking for the U.S. government, Feulner argued that China, the world’s second largest economy, should give up its status as a developing nation as South Korea did. He advised that Korea, the U.S. and Japan should join forces to deal with the escalating tensions with China. A full video of the forum is available on the WKF’s YouTube channel.